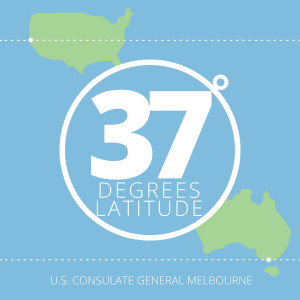 By US Consulate Melbourne

If geography is destiny, there must be something special about 37 degrees latitude.

In this podcast, U.S. Consul General Michael Kleine meets the Australian founders and entrepreneurs who cut a path between 37˚ N & S and found capital, partners, markets and success in the United States.

As a failed founder (remember Mike’s Mugs?) turned diplomat, Michael has a deep-seated interest in entrepreneurship, a fascination with innovation, and a passion for the U.S.-Australia relationship.

Melbourne’s own Jack Bourke of City Calm Down for creating the original soundtrack.