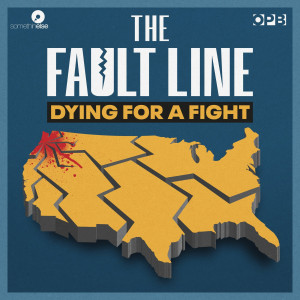 Portland-based anti-fascist Sean Kealiher was killed in 2019, months before the uprising that would bring Portland international attention. Nearly two years later, his homicide remains unsolved. His mother, Laura, believes she hasn't received justice because of police hatred for her son and his politics. Dying For A Fight, the second installment in Somethin’ Else’s Fault Line series, goes in search of answers: What happened the night Sean was killed? Why have no arrests been made? Who are the Americans living at the political extremes? And how did things escalate from Portland to the Capitol? This show is a co-production with Oregon Public Broadcasting.

Listen now to new episodes of The Fault Line: Dying for a Fight every Monday wherever you get your podcasts!

Season 1 of The Fault Line: Bush, Blair and Iraq, is also available to view on this platform. On September 11th 2001, as he faced incalculable losses after the terrorist attacks that day, President George W Bush made a call to his greatest international ally: British Prime Minister Tony Blair. 18 months later, Bush and Blair led a coalition into a war that went horribly wrong. David Dimbleby, one of the BBC’s best known news hosts and reporters, takes us back to those crucial 18 months. Talking to prime ministers, politicians, spies and weapons inspectors he asks how and why we came to invade Iraq. And as we experience an era of lies and mistrust - did the events of 17 years ago set the stage for the world we live in now?

This is a Somethin' Else production.