Visit https://podnews.net/update/the-last-yard for all the links, and to get our newsletter. 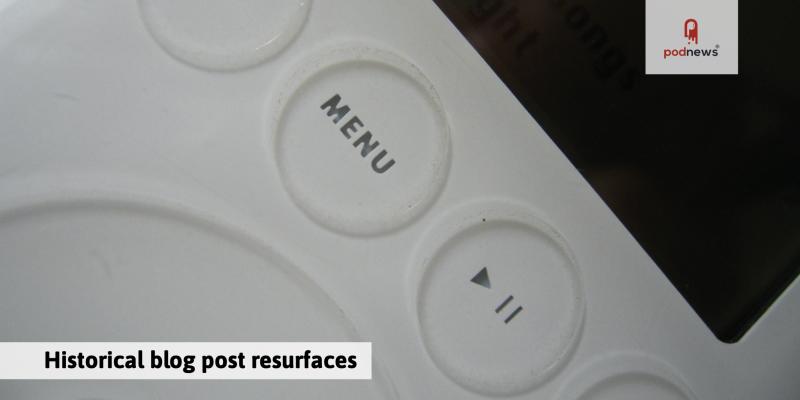 Getting less than 1,000 downloads per episode? — Download your FREE Podcast Growth Scorecard! This tool helps you focus your podcast marketing so that you can spend your time on the marketing activities that have the most impact on podcast growth.

Find podcasts by vibes — Find the perfect episode that will make you fall in love with the podcast. We're building a new discovery platform that prioritized your mood and vibes.

The Podcast Movement BLACK FRIDAY sale is ON! — Sign up for either of our 2023 events for a limited time to save a lot of $$$, get a free PM T-Shirt, PLUS be entered to win an awesome prize from our partners at Focusrite, RØDE, and Mackie! 🦃 🦃 🦃

Last week, Samsung Free's new auto-play feature, which kicks in as soon as a user hits the "Listen" tab in the app (here's a quick screen capture), meant significant extra traffic for podcasts.

The audio useragent contains not just Dalvik/2.1.0 but also, later in the string, SM-**** Build/ (an identifier of the Samsung Mobile model being used). Dalvik is standard code used within Android - much like AppleCoreMedia has been for Apple.

Some podcast hosting companies have blocked the "Dalvik" useragent entirely. However, blocking Dalvik - even with the Samsung model numbers - will also block, among other things, Google News's audio player, which uses an identical audio useragent. At least one app powered by Podcast Index also uses this generic Dalvik useragent along with PodcastAddict, and Indian podcast app Gaana also retains Dalvik in its useragent.

As we covered on Friday, these downloads are coming from RSS feeds scraped using feedparser/6.0.8; for our own data, we're not seeing this scraper used for anything else. Marking the audio download with a code for the RSS useragent, as we do, could allow more accurate filtering of this traffic.