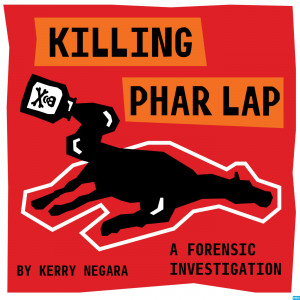 The iconically revered super racehorse Phar Lap’s death has been shrouded in mystery and intrigue.

Kerry Negara embarks on the first full forensic investigation around the death of the Australian wonder horse Phar Lap, to discover why he was brutally killed, by whose hand and why, at Menlo Park Ranch in California, USA.
Killing Phar Lap: A forensic investigation podcast uses excerpts from the following publications: